Scanclimber® Mast Climbing Work Platforms are suitable for any kind of facade work, installations, bricklaying and the handling of passengers and materials.
Webmaster

ABB Company constructed the Mülheim-Kärlich nuclear power plant from 1975 to 1986. The plant is located on the Rhine, close to Mülheim-Kärlich, Germany. The plant operated for only three years before taken offline in 1988 because it stood on an earth-quake-prone area.

Court order to decommission the Mülheim-Kärlichnuclear power plant After a lengthy legal battle, the building permit was rescinded in 1995 by court decision and confirmed in 1998.

The plant decommissioning process started in 2001. Removal of the fuel took place one year later. The authorities caused several delays, so the plant and 160-meter cooling tower were still standing in 2018. 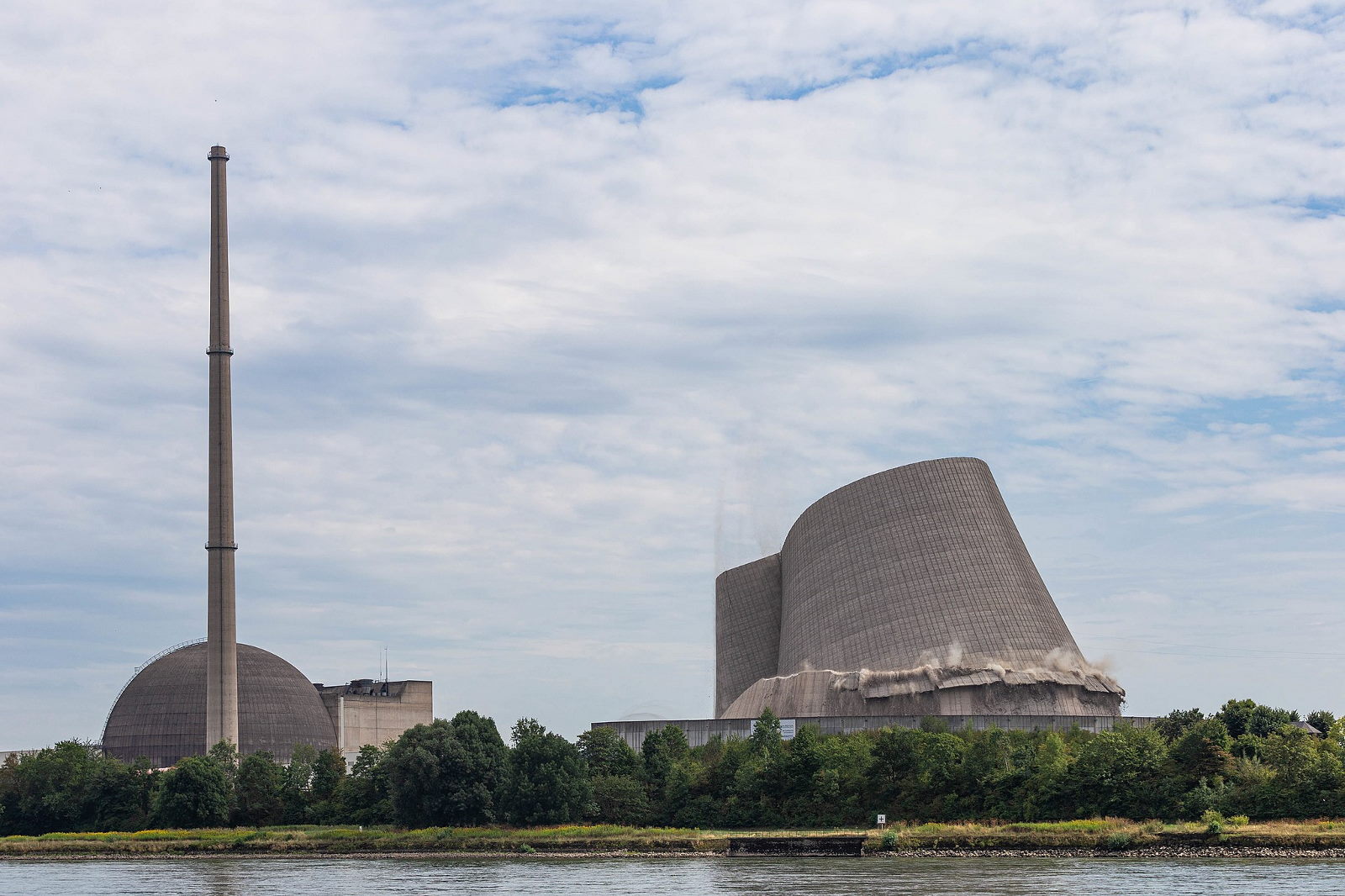 MB Specialabbruch is a company specializing in the demolition of high-rise structures like chimneys, cooling towers, and the like. They started preparatory work in 2016.

Various conditions and restrictions were laid out for demolition work. Notably, it was forbidden to use explosives in the vicinity of the nuclear facility.

They worked on the issue for a long time. The focus was on finding a technical solution that met the authorities’ requirements. The innovation was to use the same techniques as used in traditional chimney decommissioning — a machine right at the work level.

How the demolition was performed 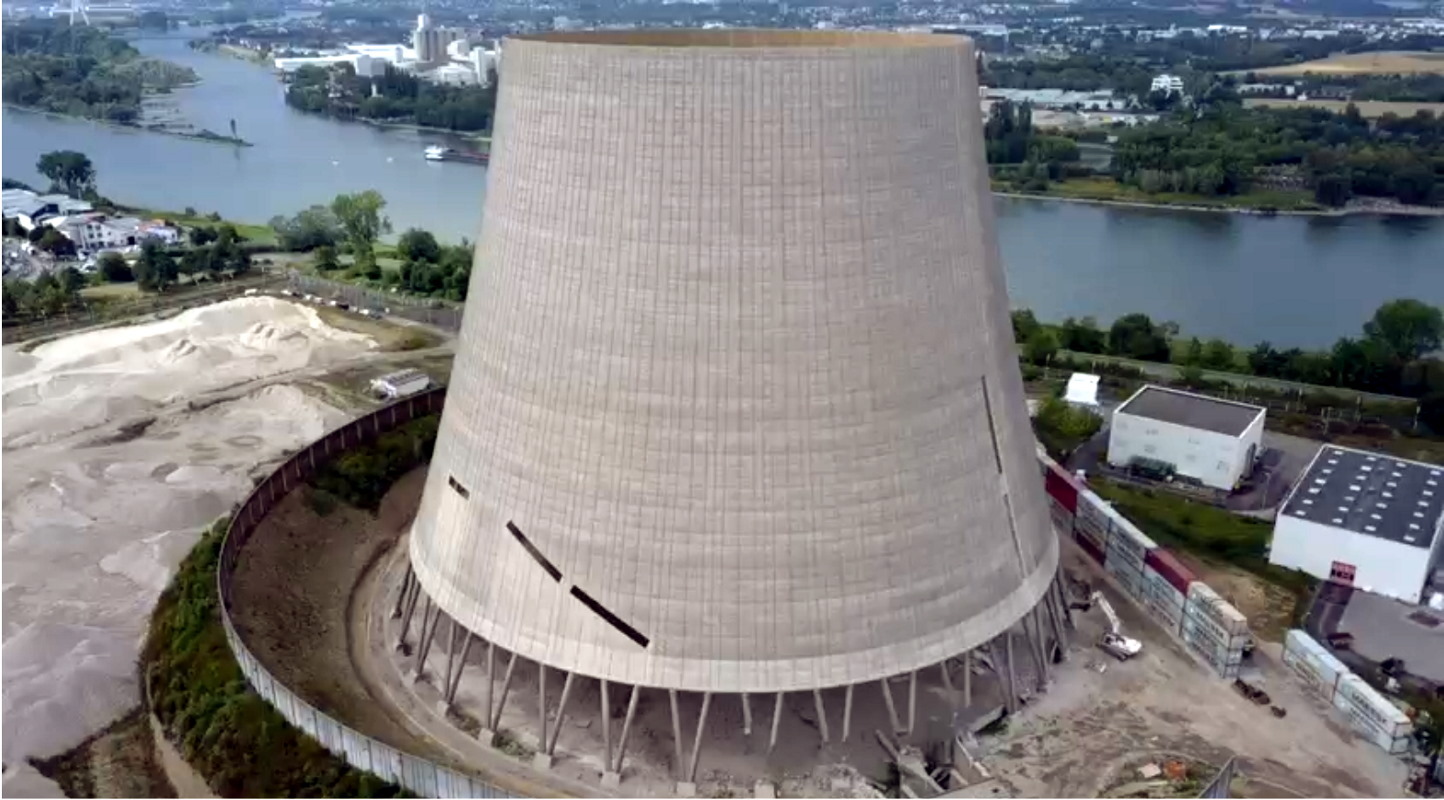 Dismantling a cooling tower of this size presented several challenges. One of the challenges was to prevent debris from falling on the neighbouring nuclear plant facilities.

To prevent debris from falling into the adjacent nuclear facility, MB Specialabbruch installed two Scanclimber SC5000 Mast Climbing Work Platforms on opposite sides of the cooling tower. These two machines provided the project support and safe transportation of personnel and materials.

After many difficulties, the demolition of the cooling tower was completed from a height of 163.5 m to 80 m, safely and without accidents.

Finally, on August 9, 2019, the remains of the cooling tower came tumbling down.