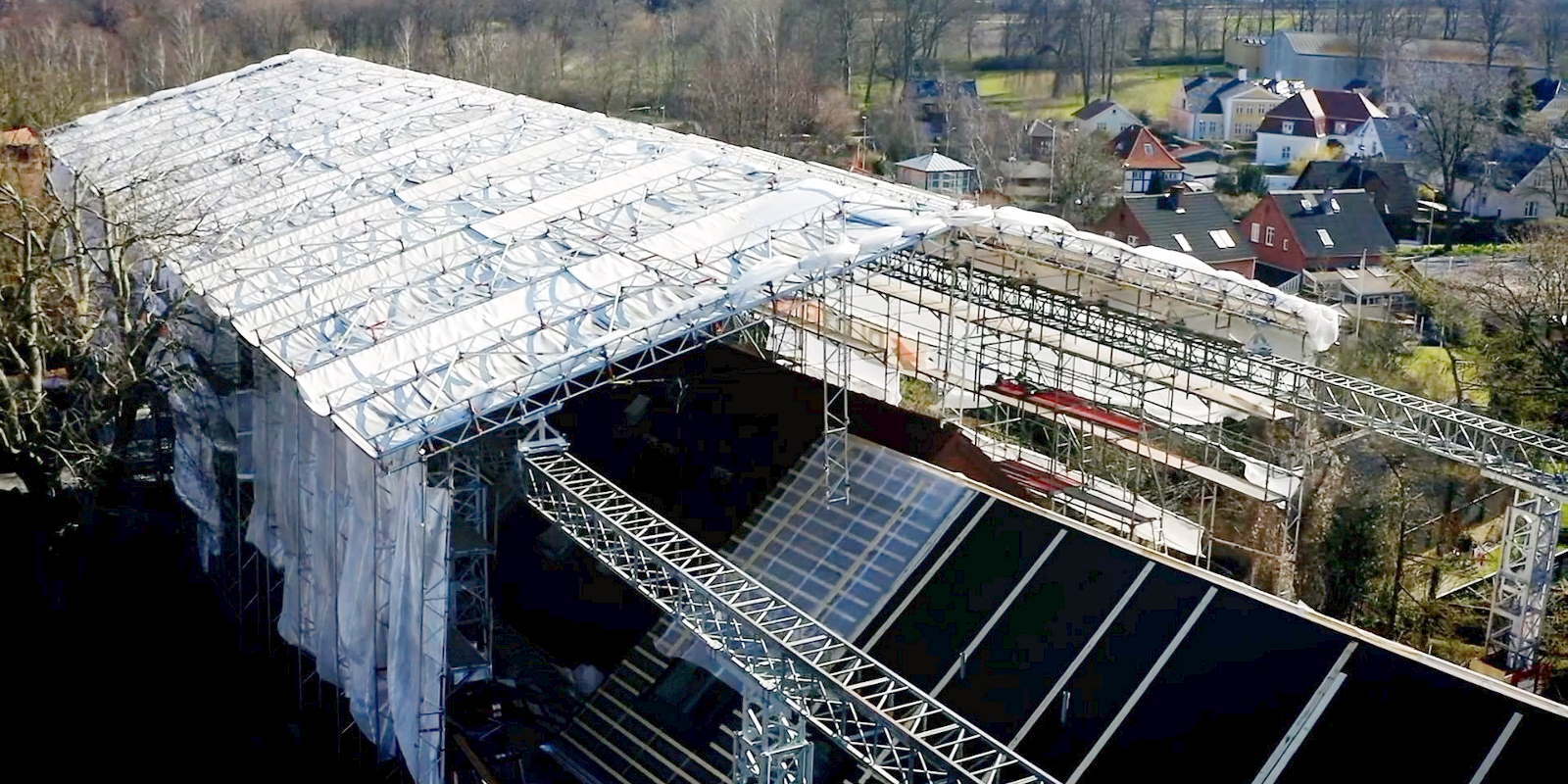 On a worksite in Roskilde, Denmark, a Copenhagen-based company, Platform.as, used a Total Cover System on Scanclimber® by Tractel®’s mast climbers. In collaboration with Solrød Scaffolding, Ishøj, Platform.as, developed a mast-climber-based weather cover system, used for the first time in Roskilde to cover a building. No scaffolding was needed for the cover. Only mast climbing work platforms were used to create the supporting structure for the Total Cover System. 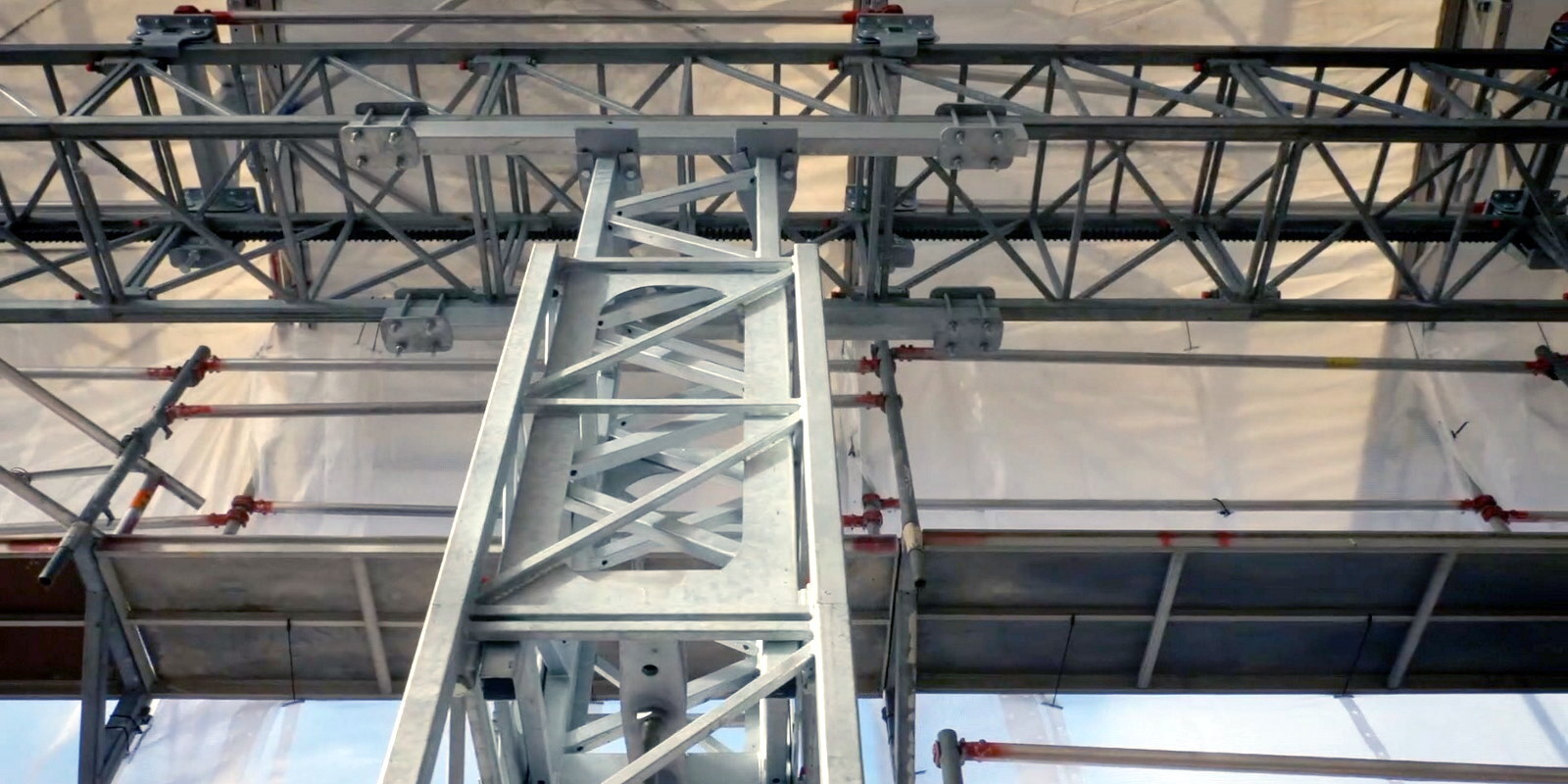 Once Platform.as had the mast climber weather cover installed, the mast climbing platform was locked in position under the eaves. The platform at roof level allowed a larger working area than a scaffolding deck, this meant more space for storing materials and for working. In addition to increased workspace, workers could also move freely along the eaves since the platform area is not restricted by vertical scaffolding pillars that people need to navigate around. 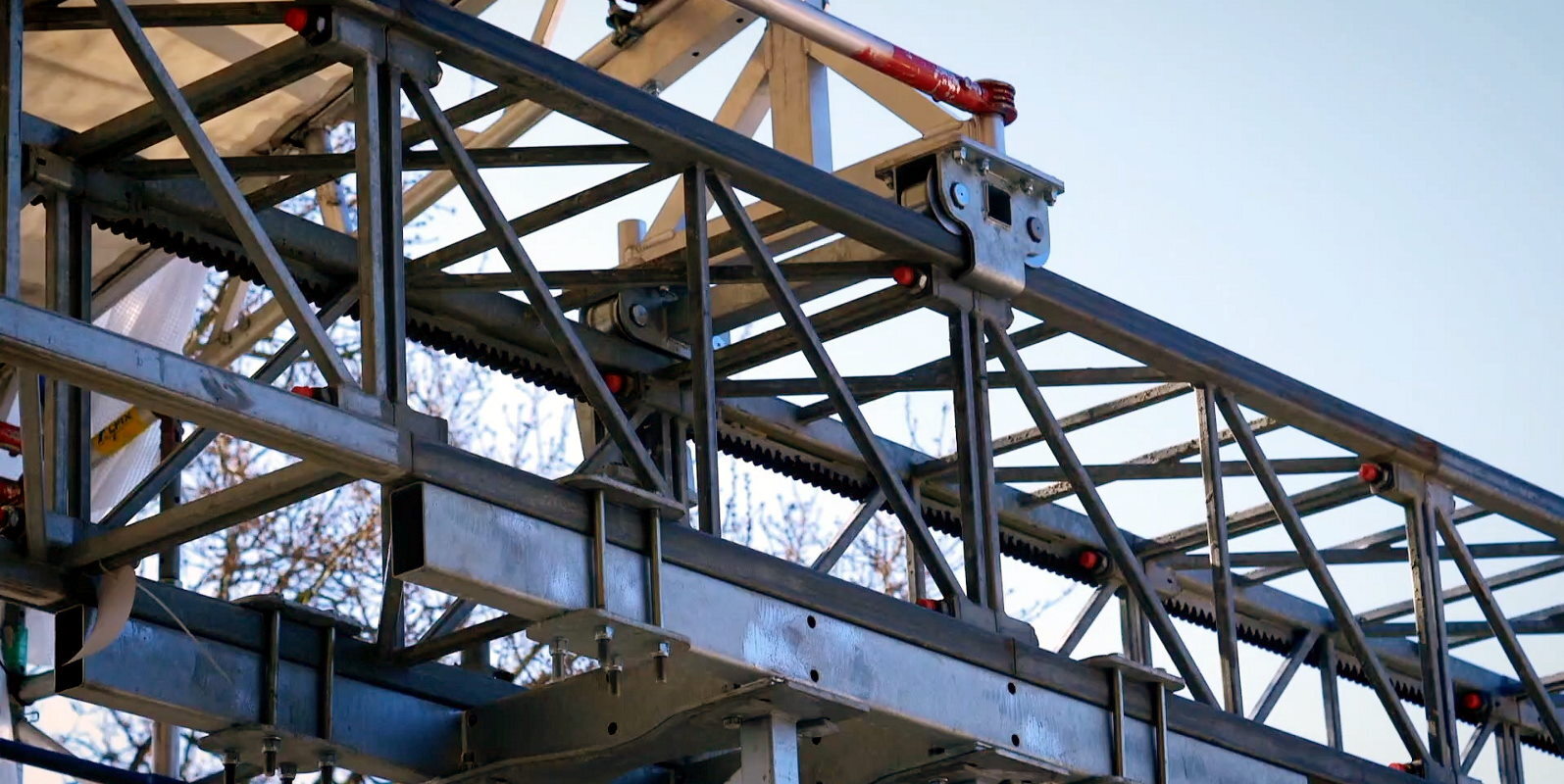 In addition to the increased working area, the solution provided a weather cover gliding possibility. This is done with a system that allows the roof to roll on so-called "roller skates" or trolleys which run on horizontal tracks along the foot of the roof. The weather cover can be glided easily to the new area that needs to be covered.

Having a weather cover on a mast climber allowed greater load capacity on the decks, less disruption for residents, avoided scaffolding all over the facade which minimized the risk of burglary and, importantly, reduced costs - especially in higher buildings.

The solution of the future 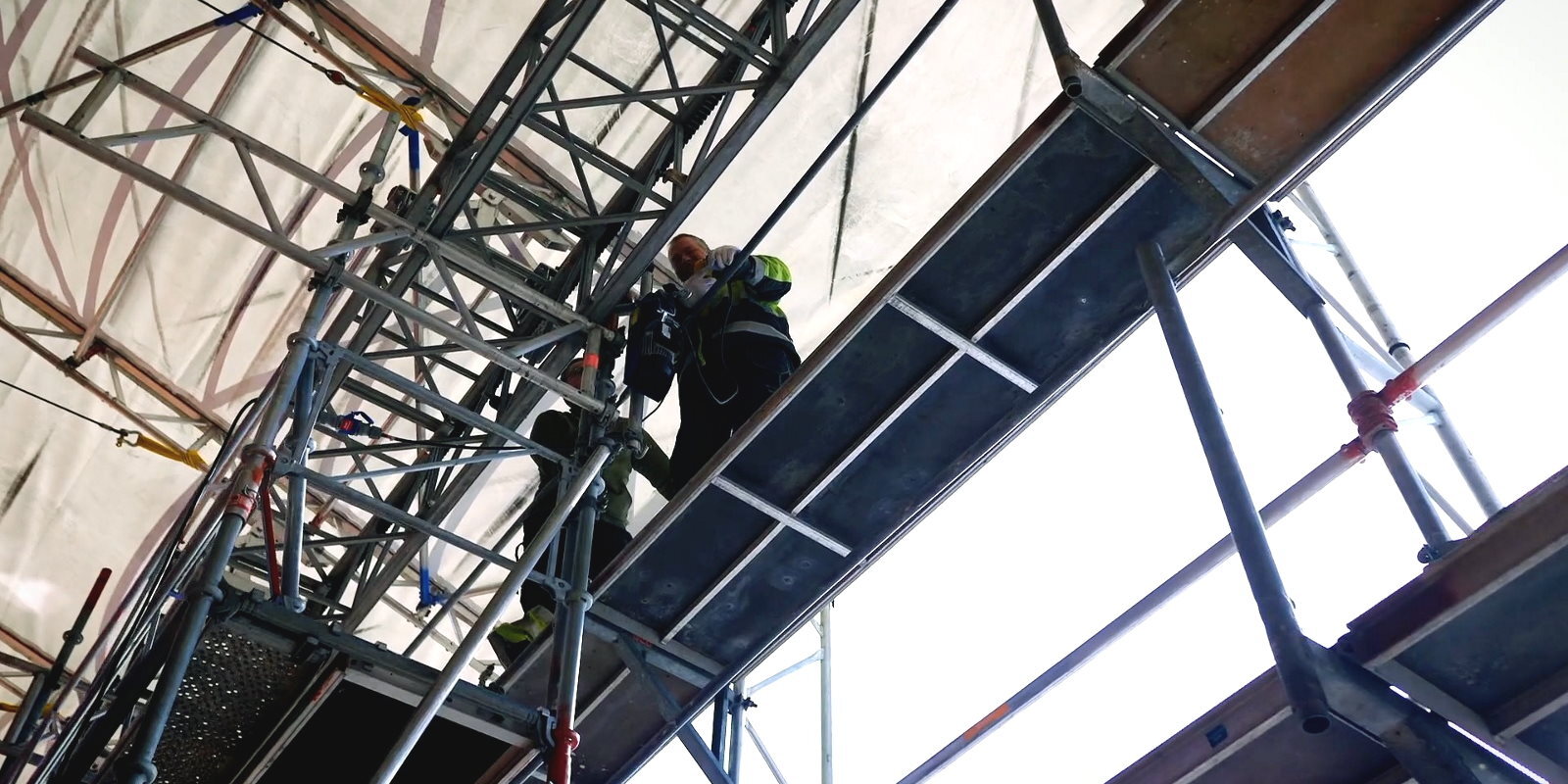 Platform.as sees that the future use potential of this solution is considerable.

There is a huge development potential in the product that will make it attractive compared to the traditional scaffolding solutions. Soon we will be able to mount two platforms on one mast. Then anybody can work on the facade from the platform, while the upper platform is locked in position on the roof. Then you will be able to change roofs and windows at the same time” says enthusiastic director, Casper Knudsen and adds: We have already a solution with two platforms on one mast, so it is just a matter of adapting our existing solution.

Nothing left to chance

The absolute top priority of the Roskilde weather cover project is of course safety.

We have been developing this new product more than a year and we have made a lot of calculations to ensure everything works correctly. We have also secured all necessary approvals - including from the Labor Institute. For Platform.as, it is about Quality, Service and Safety, with a bold line under SAFETY, stated Casper Knudsen.

Platform.as undertook the first roofing with a mast-climber-based weather cover in Roskilde, Denmark.

Only a few additional parts are needed:

Mast sections are used to create horizontal tracks which support the weather cover structures. Workers at the site can roll the weather cover along the mast track. If necessary, mast climbers can be used at the same time for facade work.