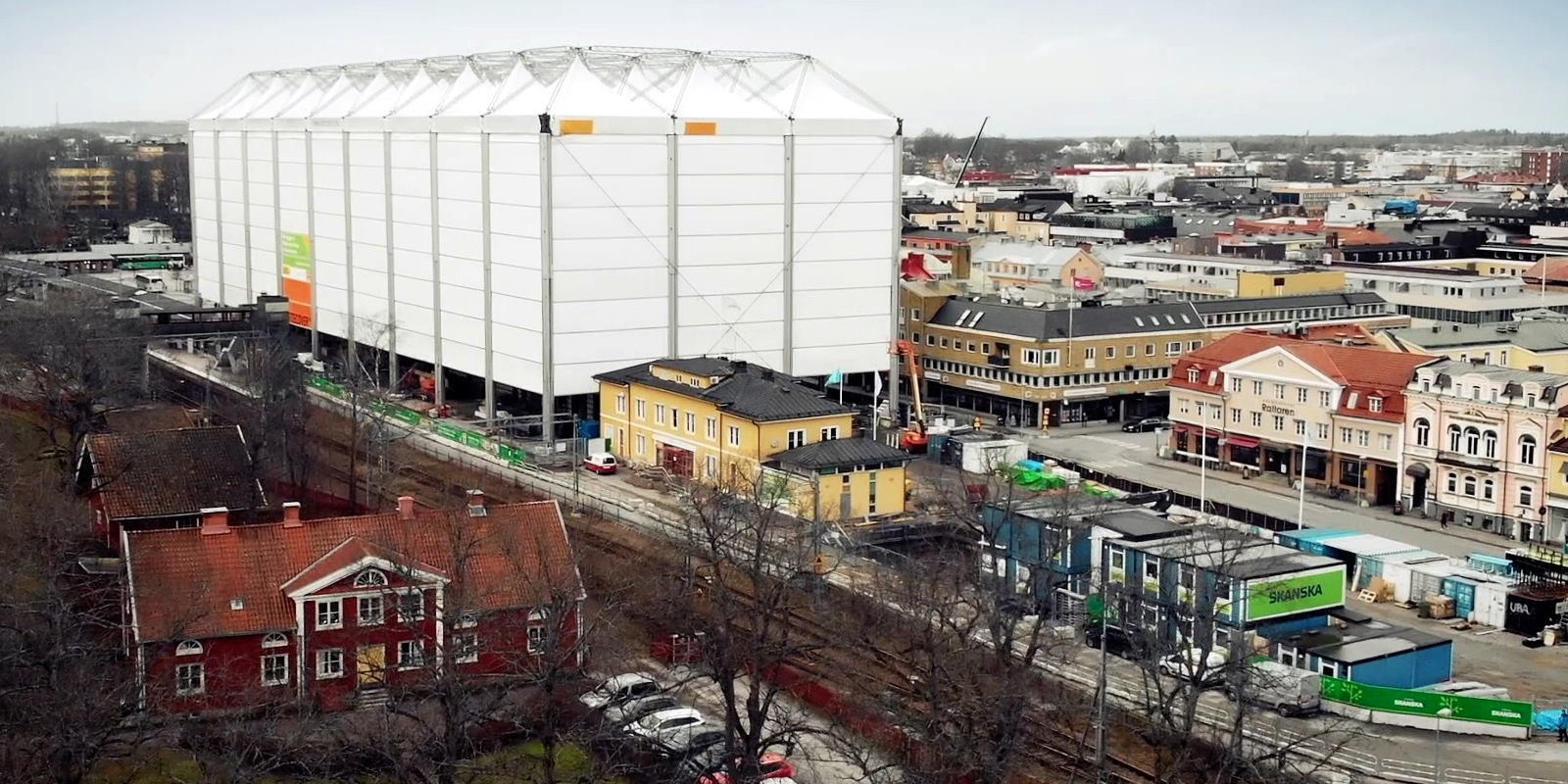 Växjö is the centre of the wood building industry in Sweden. The new town hall and railway station is mostly of wood and glass construction with inclined facades. Skanska used Scanclimber's inclined mast climbers for the facade installation work.

The new Växjö Town Hall building is the most extensive wooden construction Skanska has built so far. The Växjö town hall and railway station stands seven stories high and comprises approximately 16,400 m2 of gross area. The new town hall in the city center boasts 13,700 m2 of floor space and it is the workplace for around 600 people. 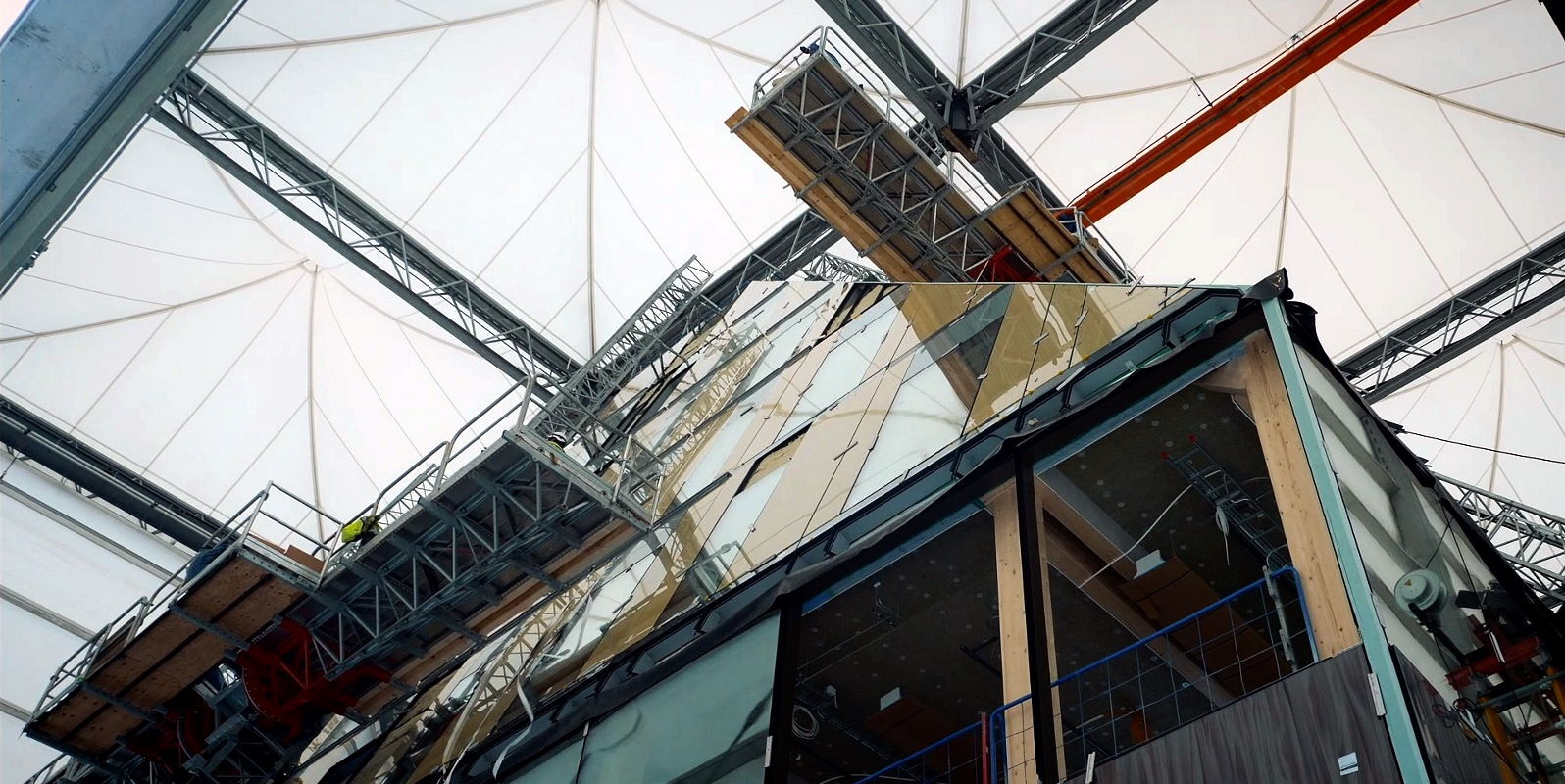 The inclined glass facade installation created a significant challenge for Skanska. The facades stand at a 38-degree inclination and the structure is complex.

Skanska considered several options before starting the facade installation work. The main options were scaffolding or the use of boom lifts.

Scaffolding was viewed as laborious and time-consuming because of the amount of material on the crowded work site. Additionally, scaffolding would not have provided optimal, unobstructed accessibility. Boom lifts were ruled out because the whole worksite was enclosed in a weather cover that would have restricted full operation of the boom lifts.

After lengthy consideration, Skanska decided to use inclined mast climbers from the rental company, Säve Hyrmaskiner. 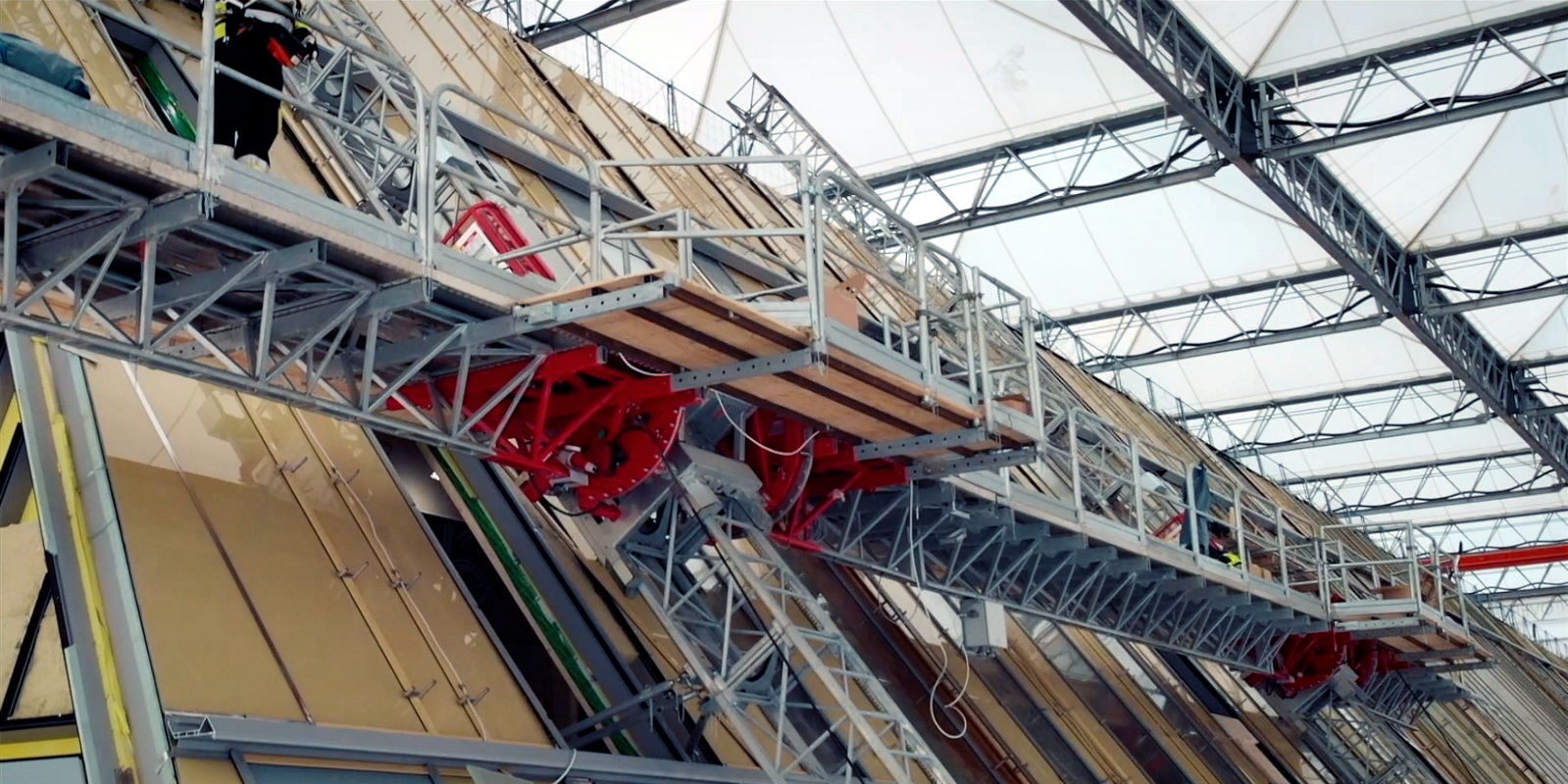 Säve had just recently introduced Scanclimber’s new inclined mast climber option, which Skanska felt suitable for the purpose. This option is available for all Scanclimber® platforms and makes it possible to install MCWPs on almost any inclined facade. Though the facade and platform masts are inclined, the platform itself remains level, making working possible. 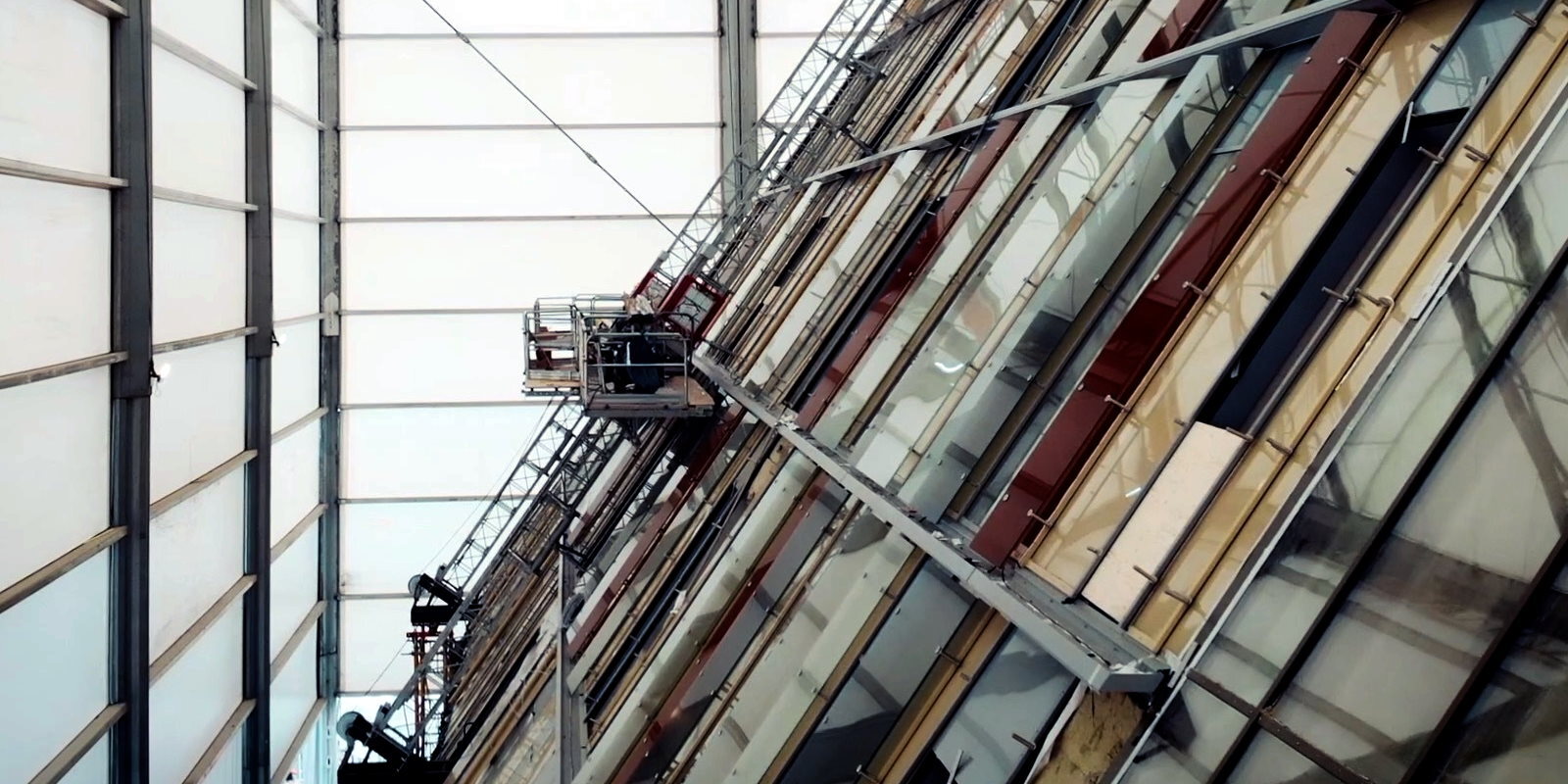 We appreciated the inclined mast climbers at the Växjö work site, primarily because of work safety and the increased accessibility and speed of work they provided. Thanks to the mast climbers, we think we were able to make a better final product than other assembly options would have allowed.